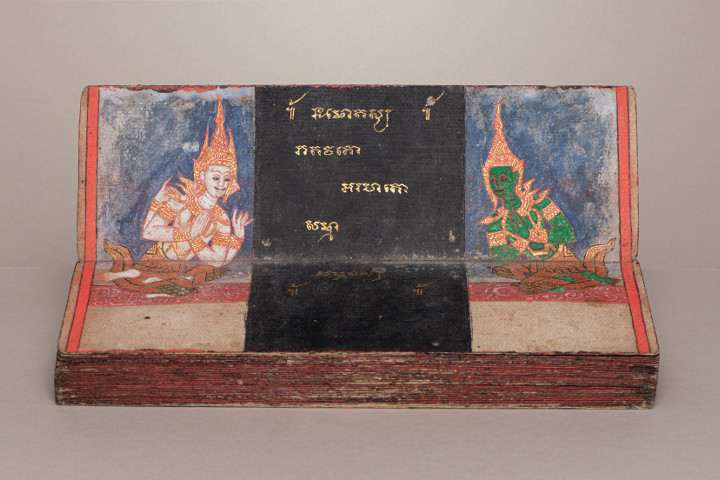 The Thai collection consists of four manuscripts. Three artifacts are Buddhist scriptures, which, in line with tradition, were written in the Khom Thai script, a local variety of the Khmer script used for notating the Pali language. A 19th-century manuscript labelled MAP 7087, which is made of mulberry paper (the so-called samut thai khao) is worthy of particular attention. The other two artifacts (MAP 12841 and 17546) are fragments of manuscripts written on palm leaves. The Thai collection also includes a book of unclear origin, which was written in the Lao language and script (MAP 7086). It was probably acquired in Thailand, but it may have been produced in Laos.

The Pali texts were researched by Sirisarn Mueanphothong, PhD, from Silpakorn University in Bangkok.